Riding out the line

Well Hello Blogland, I haven't been around for awhile- Not even sure if I have any readers but I am feeling well and I think I am finally seeing the light at the end of a very long tunnel. I have been ill for so long I think we are still practicing DD/ttwd in our own way. There have been lots of ups and downs in our roller coaster ride of DD some good moments, some not, some the jury is still out on.

I did make an amazing discovery at some point over the last several weeks- I was laying on the couch one day and Vic came flying into the living room and was overly excited about a set of instruction he had for who knows what- He was beside him self, so happy that he finally had some "Man instructions" No words just pictures, step by step pictures of how do to do whatever he was trying to do.... (don't ask me what it was as to date I still don't know what it was just that it had pictures). Yep something like that, he was tickled to death. No words just step by step pictures. Being the awesome wife I am, stop snickering I am trying to think of ways this might help us in our Dd relationship. Of course we still struggle with our relationship. Vic says we are moving forward and there is no going back but I feel like we are not doing a bunch of anything. Well I guess he would say all is well and in some regards they are, I guess I am the one with issues- feelings of not being fulfilled, unsatisfied, longing, but hey maybe it's just the illness or????ok I am frustrated- for 2 weeks now I have "satisfied his needs no questions asked, after all isn't that part of the deal. If I thought for one moment he was doing this because of our Dd relationship I wouldn't be so whiny or at least it would be a different kind of whiny, but I just don't think that, I think he gets what he needs and during the moment he fondles me and does things that turn me on and then I just get left to nothing. It's starting to be a turn off and not a turn on, if he said something anything to make me think otherwise I would stuff a sock in it. I wonder sometimes if we both have an understanding of what it means to be a HoH, sometimes I think he thinks its all about him, and that my needs and wants are irrelevant. One day I even said being HoH doesn't give you a license to be an "ass" and maybe he should go back and read some post from other HoH and see if they are being that way. So how can I use this new information to benefit him. I am open for some thoughts and better yet maybe some pictures.
Maybe I can make him an instruction book-for example 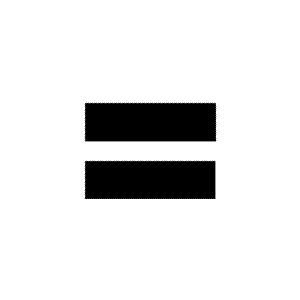 Well it would be a start.  Till later my blog friends- I should be around more often.
Posted by Unknown at 7:19 PM